In September 1959 Stamford Music & Drama Club became Stamford Amateur Stage, performing up to five productions a year. In March 1963 the company's name was changed again to Stamford Shoestring Theatre because it seemed that every production was run on a shoestring budget! Shoestring finally established a permanent home in the delightful Georgian Stamford Theatre in 1978 where it remains to this day as the resident company at Stamford Arts Centre.

Today
We offer a wide range of drama from classical to contemporary and try to incorporate a rich variety in our annual programme. We stage four productions a year together with occasional roadshows, workshops and play-readings. We are lucky enough also to be part of the roster of visiting companies to the beautiful Minack Theatre in Cornwall, and in summer 2019 we had a sell-out run with our 40-character play, “The Roses of Eyam”.

So far this year we have only managed to produce The Seagull by Chekhov, adapted by David Hare. Our June production, London Assurance by Dion Boucicault revised by Richard Bean, has been postponed to June 2021. Due to Covid we unfortunately had to cancel our September production and our planned production of A Christmas Carol has been postponed until December 2021.

We like to ring the changes and our public seem to like it too: the leading actors in one production will often be found selling programmes or sweeping the stage in the next. We are proud of the wealth of talent amongst our members; not just in acting, direction and stage management but also in stage design, set construction, lighting, sound and costume. To find out more about Shoestring email us at stamfordshoestring@gmail.com

Readings & Auditions
For each of our productions, a play reading evening is held some four to five months before the production opens.
Auditions are normally held on a Tuesday or Friday evening in the Arts Centre a few weeks later. The director and members of the production team will be on hand to welcome you and answer any questions you may have.
An Audition Notice is sent to members in the Newsletter. but is also available for downloading from this site via the link on this page. The Audition Notice contains a synopsis of the play, a description of the characters and relevant dates and contact details. It may also contain a list of audition pieces so that any potential cast members can prepare for their audition. Scripts and audition pieces will be available to borrow at the Reading.
Auditions are open to anyone, irrespective of membership or experience. Priority is not given to members or to casting a small rota of our ‘stars’.
Workshop.
We pride ourselves on being a company of skilled individuals, encouraging our members to take on roles in all aspects of theatre. Technicians in all disciplines are as crucial to a production as any actor. An ASM (assistant stage manager) can become a star, likewise a star can become an ASM in consecutive productions!

Auditions are advised on our Facebook Page:
www.facebook.com/StamfordShoestringTheatreCompany
Please follow us and select ‘notifications’ to be kept up to date with auditions and late casting news.

There are usually 12 weeks rehearsal of three evenings per week (Mon, Wed & Thu) in the Arts Centre, plus occasional Sundays for large cast shows, depending on the role. Get-in, technical rehearsal and a dress rehearsal take place on the Sunday prior to the production week. There will be a full-dress rehearsal on the Monday of the production week. All cast and crew will be expected to attend the final week of rehearsal, then both Sunday and Monday of Performance week. Lack of availability must be advised to the Director as soon as possible to avoid wasted rehearsal time.

If successfully cast, and not a current member, you will be expected to pay your Membership Subscription before full rehearsals begin. C’mon it’s only a fiver! 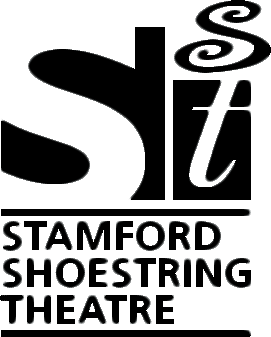